Alcohol/EtG Drug Tests – Everything You Need to Know

Alcohol Use in the United States

According to WebMD, “An estimated 15% of the U.S. workforce — just over 19 million people — have consumed alcohol before or during work, or have come to work with a hangover.”

It’s no surprise that many employers are becoming increasingly concerned about productivity in the workplace as this statistic affects more than just employees.

If you a recreational consumer of alcohol and have had to take a Drug Test before considered for employment, no doubt you experienced a bit of anxiety before the procedure!

Whether you are preparing to take the test, or even administer it to an employee, it’s important to understand what these tests consist of, and how to properly prepare for them.

EtG Tests are very sensitive and can read positive results even from the lowest exposure to alcohol.  If you are simply planning on taking a Drug Screening Test in preparation for employment, it is unlikely that you will be given this particular test.

In fact, an EtG testing for alcohol used to test for sobriety – due to its high sensitivity to alcohol levels.  However, if your future employer requires you to take an EtG Test for alcohol, it’s important to understand a few things regarding the process and how to prepare for it.

How Long Does Alcohol Stay In My System?

If someone required to take an Alcohol Test (ALC Test), it’s good to understand how long alcohol stays in the system.  An ALC Test has an 8 hour detection time, which is lower than an EtG Test. According to americanaddictioncenters.org, evidence of Alcohol consumption can appear in your system in the blood up to 6 hours after consumption and appear in Hair Follicles for up to 90 days after consumption.  See the specifics below:

Blood: Up to 6 hours

If someone required to take an EtG urine alcohol Test, keep in mind that this measures Ethyl glucuronide in Urine.  This is a more sensitive test that often used to test sobriety in individuals. An EtG testing for alcohol has a longer detection than an ALC Test – up to 80 hours after consumption.  If someone were to abstain from alcohol for at least 5 days before submitting their Drug Test, their chances of showing a negative read are higher.

Can I Test Positive for EtG if I don’t Consume Alcohol Regularly?

You can, in fact, test positive on an EtG Test for simply using household items that contain Alcohol/ethanol like Breath Sprays, Mouthwash, Aftershaves, and other Hygiene products.  This is something to be aware of because many household products on the market contain ethanol. Frequent use of some of these products may lead to a false-positive result. Some institutions may incorporate an additional test to verify the said results. Since there are many products that we are using every day that contain ethanol and which maybe can cause a positive ETG alcohol test, we should be aware of using them before testing.

For those individuals who are preparing for a mandatory EtG alcohol testing procedure, consider avoiding regular or excess usage of hand sanitizers, cough syrup and other similar medications that include ethanol.

How Can I Pass The EtG Test?

Going back to our “What is an EtG alcohol test”, this test is used to detect Ethyl glucuronide levels in the body, because of the sophistication of Drug Tests – specifically the EtG Test, it is becoming increasingly difficult to receive a negative result by any other means other than abstaining from alcohol.

Some have considered consuming large volumes of water in order to flush out toxins in order to increase their chances of passing the drug test.  Of course, consuming an excessive amount of water too quickly can result in health risks of its own. Some have over consumed water and suffered the effects of overhydration and water intoxication.

If you consume large amounts of water before a EtG urine alcohol test, you can in fact test for a “dilute test” result. Sometimes diluted urine may result in false-negative EtG levels. Abnormal dilation of urine can actually be detected and the results recalculated to average urine dilution.

If you are asking “where can I buy EtG urine alcohol test”. Look no further, Here at 12 Panel Now, we provide ETG Alcohol Strips (25 Pack) for personal or business use.  If you are participating in a mandatory employment screening, or require this of your employees, or even concerned of your own levels, you now have an option that will give you fast, reliable results!

See below for instructions 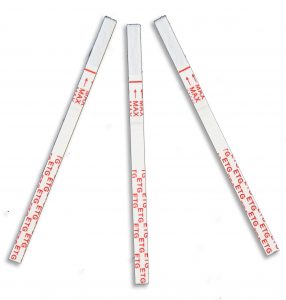 NewerDrug Testing Your Employees + What Drugs to Test For?
Back to list
OlderKratom Drug Testing – Everything You Need to Know