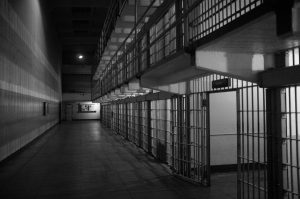 With the rise of drug crimes in penitentiaries, Drug Testing has never been more important.  Sadly, inmates are still finding access to drugs and alcohol.  For this reason, Correctional Facilities and Detention Centers are implementing random drug tests for the inmates.  A selection of the inmates is randomly selected for either a urinalysis test or perhaps a testing strip.  Because of the ease of use and fast results, these are the most popular options for these facilities.  These types of drug tests screen up to 14 different kinds of drugs including alcohol as well.  Results can be evaluated in 5 minutes for most of these tests.

This staggering statistic is a testament to how important a role drug testing is in Correctional Facilities and Detention Centers.  No doubt these practices are integral in some of these prisoners being reintegrated into society if their sentence isn’t lifelong.

As the drug abuse epidemic grows to a seemingly disastrous worldwide crisis – youngsters, sadly are one of the most affected.  The topic of drug testing in juvenile detention facilities has been one of controversy for some time.  Some claim that even the act of randomly drug testing individuals, juvenile or not, is an invasion of privacy and infringes upon basic human rights.  When it comes to juveniles in the court system, the courts are instructed to act in the best interest of the child.  With regard to juvenile detention facilities, the same golden rule is likewise considered.  However, many are even unaware that drug testing even happens in a juvenile facility.  Law enforcement officials with parental consent can, in fact, drug test minors.  What about the juvenile justice system?    According to uscourts.gov:

“Most juvenile justice systems in the country use drug testing when supervising juveniles on probation or keeping them in institutions. Drug testing is not limited to the juvenile jus- tice system; it is also used extensively in adult probation, parole, and in jails and prisons”

Yes, the prison system is one of the largest consumers of bulk testing supplies for this reason.  Performed with the best interest of the juvenile and the families involved, this is something to consider when evaluating a juvenile-related court case.

Watch For The Signs

Certainly, parents are always advised to look for the signs of early drug abuse amongst their children.  Heavy drugs that once were solely used for medicinal purposes are now accessible more than ever.  These street drugs may perhaps be cut with another unknown deadly chemical proving to be even more of a risk.  Because of drug potency, individuals – even those who are first-time drug users are now known to overdose and possibly suffer cardiac arrest upon their initial drug use.  Sadly, this is even true among youngsters.  What can parents do to help prevent their children from being exposed to these deadly drugs?  Communicating and educating their children on the dangers of drug abuse is always recommended.  If a parent is concerned that their child is under the influence, or is experimenting with drugs, they can try to identify the signs.  AddictionCenter.com mentions a few signs that may help parents identify drug use:

Some common signs of teen drug abuse include:

It’s Never Too Late to Start Testing – Young or Old

Drug Testing Supplies are no longer exclusive to Medical Facilities or Law Enforcement Agencies.  In fact, many individuals will purchase drug testing supplies, even in bulk if depending on their needs.  Why?  As mentioned, Adolescent Drug Abuse is a polarizing topic affecting millions nationwide.  For this reason, parents have empowered themselves to become more proactive with identifying drug use among their children.  Purchasing an At-Home Drug Testing Cup is a crucial step in identifying drug use.

For those in Correctional Facilities, random drug testing is something that should be expected.  However, if an individual awaiting a court date is concerned about how they will fare on a drug test, they do in fact have access to At-Home Drug Testing supplies that will help them identify anything that may cause them to read positive.

Employers who are concerned with workplace safety and work productivity are another class of individuals who benefit from At Home Drug Testing.  Of course, larger companies may consider implementing a drug-free workplace program

For those who are being tested for sobriety, purchasing an At-Home Drug Test may help them monitor their levels, ethanol or otherwise.  Some who are employed in public safety services or are in charge of operating vehicles and heavy machinery can expect drug tests at work, however, it’s never too late to evaluate your own test results at home.

What Kind of Drug Test Should I Use?

For the most common methods of drug screening, companies will require a urine sample from the candidate.  They may use a Standard 8 Panel Urine Drug Test.  This tests for drugs that are of most concern when it comes to those who are involved in drug abuse.  If you purchase from a larger distributor you can save a considerable amount, as opposed to buying one from a pharmacy.  The substances the 8 Panel Urine Drug Test identifies are:

These Drug Testing Cups are the fastest and most accurate way to determine if an employee is involved in non-medical or recreational drug use at the workplace.  The results can be interpreted within 5 minutes or less. For sterile purposes, the cups are manufactured with a leak-proof container. The testing strips are located inside the cups.  So after the donor seals the cup, there is no need for anyone to reopen it as the test results are clearly indicated on the strips inside, visible from the outside label.