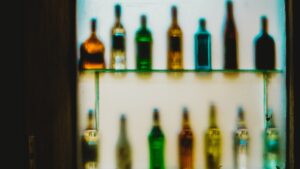 Alcohol Abuse is Still a Concern

Alcohol may not make headlines the way it uses to, but it is still a constant concern in today’s society affecting millions of people every day.  Alcohol abuse poses a growing threat to the people around the abuser and can prove to put them in dangerous situations.

Those who continue to abuse alcohol and are still able to function in society still pose a danger to themselves and others.  The sad truth is when one is regularly consuming large quantities of alcohol regularly, they are still impairing their actions as well as their judgment.

In our society, there is an unfortunate stereotype that an alcoholic is someone who has hit rock bottom, perhaps staggering from place to place, homeless or worse.  Though this is true for some, today’s high-pressure lifestyles coupled with harsh economic circumstances may produce individuals – functioning alcoholics, or those who can maintain relationships and jobs while exhibiting alcoholism while suffering the effects of alcohol abuse.   Dualdiagnosis.org comments on Functioning Alcoholics in this way:

Functional alcoholics may not even drink every day, but instead, engage in frequent episodes of binge or heavy drinking every few days. A functional alcoholic may not see a problem with her drinking, and she may lead a sort of double life wherein she is able to completely separate her drinking life from her professional and personal life.

Preventing Alcohol Abuse at the Workplace

Some employers who employ functioning alcoholics struggling with alcohol abuse may not even be aware.  Many companies are implementing a Drug-Free policy where they promote a zero-tolerance drug and alcohol-free environment.  For companies that require regular use of heavy machinery, or perhaps those in public safety, mandatory drug tests can be expected.

What about everyone else?  Part of the requirements of employers is to provide a safe workplace where employees can thrive.  Many employers would consider pre-employment drug screening tests, as well as randomized drug testing soon after the hiring process their responsibility to their staff.

At 12panelnow.com we offer EtG tests that are more commonly used to test sobriety levels in individuals due to their sensitivity.  Our latest BLOG has further information.

Can I Purchase a Drug Test to detect Alcohol Levels?

12 Panel Now offers Drug Tests in Bulk, or for single use. If you are concerned about how someone will fare on a Drug Test, or simply wish to test yourself, it’s a fairly easy process taking only a few minutes.  Our Single Use 12 Panel Urine Drug Test tests for 12 commonly abused drugs.

However, there are ETG test Strips available to detect Ethyl glucuronide etg.  Ethyl glucuronide is a metabolite of ethanol that is formed in the body by glucuronidation following exposure to ethanol, usually from drinking alcoholic beverages.

Drug Testing Cups: After the donor seals the urine sample in the leak-proof container, it is then handed off to the evaluator.  What makes the process streamlined is that the strips used to indicate the test results are sealed within the container.  For hygiene reasons, this is ideal. When it is time to view the test results, the evaluator simply peels away the outside label revealing the drug test strips with each individual result.

Here at 12 Panel Now, we are happy to provide information and spread awareness regarding these topics and more!  Every Tuesday, we publish a Blog with information on current events and insights regarding our products!  We also provide the nation’s most affordable Drug Testing Supplies, including Drug Testing Cups and Strips both for personal, and medical use.  If you have any questions or comments, please feel free to contact us or send us an email!

What Is Etg on a Drug Test?

EtG stands for Ethyl glucuronide,  a byproduct of ethanol that is formed in the body after consuming alcohol.
For more information on EtG, read What To Expect from an Alcohol ETG Test (ETG Test Strips)

What Is an Etg Test Strip Cartridge?

A positive result shows a colored band in the control region.

A negative result will display two colored bands on the strip.

No visible marks mean the test is invalid. When and if this happens, you’ll need to repeat the test to rule out false results

What Is an Etg Test Strip?

An EtG test strip detects the presence of alcohol in human urine. EtG stands for Ethyl Glucuronide, a byproduct of ethanol, which makes alcoholic beverages intoxicating.

Think of it as a biological marker for alcohol consumption. It tells you whether a person is staying away from alcohol or not.

However, unlike complicated lab procedures, which can take days to get results, these Etg test strips only take as little as five minutes.

Does Alcohol Show up on a Drug Test?

Can You Drink Alcohol on Amoxicillin?

According to drugs.com one can consume alcohol even if they’re on amoxicillin. Alcohol won’t stop the antibiotic from working,

However, drinking alcohol with other types of antibiotics might lead to side effects.

Can You Test for Alcohol in Urine?

Yes, you can. You can use drug test cups with EtG or EtG test strips.

What Can Make an Etg Test Positive?

There are several things that can make you test positive for alcohol.

First is heavy drinking within the last one to three days.

The second is light drinking within the last 12 to 36 hours.

How Long Does Alcohol Stay in Your System?

The effects of alcohol consumption for the average person can last anywhere from 1-3 hours.

Meanwhile, with an average pint of beer, the effects can last for around one hour, for instance.

However, the effects of consuming a glass of wine can possibly last around three hours.

How Far Back Can Alcohol Be Tested in Urine

It depends on the test. If someone tests you with an ALC testing strip, alcohol will show up 12-24 hours after intake.

On the other hand, if someone uses an EtG test strip, alcohol will show up even four to five days after consumption. It’s because EtG stays longer in the body.

Does Probation Use Etg Test?

EtG is normally detected on the drug tests used by probation office administers.

Where Can I Buy Bulk Etg Testing Strips?

You can buy EtG test strips in bulk here at 12 Panel Now. We offer the lowest prices – as low as $1.19 per strip when you purchase 25 packs.

Here at 12 Panel Now, all our EtG drug tests are 99% accurate, CLIA-waived, and FDA-approved.

Rest assured that you’ll get superior products at rock-bottom prices when you buy your medical disposables from us.

Does Drug Court Test for Alcohol in Urine?

Yes, drug courts test for alcohol in urine. They typically do that twice per week until the participant is nearing graduation.