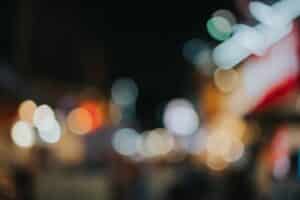 Otherwise known as Flunitrazepam, Rohypnol is a benzodiazepine that is a drug about 10 times stronger than valium, often used in some countries to treat insomnia and used as an anesthetic.  Because of its strength and its paralyzing effects, it has been used to commit sexual assaults.  Because of this, the drug has been made illegal in the united states.

Rohypnol (generic name flunitrazepam) is a well-known CNS depressant in the same class of drugs called benzodiazepines. Benzodiazepines are skeletal muscle relaxants and sedative-hypnotics (sleep-inducing) widely used for the treatment of insomnia and other sleep disorders, anxiety, and seizure disorders.

While Rohypnol is in the same class as Valium, it is 10x more potent and was never approved to be sold or used in the United States.

The effects of this drug are certainly dependent on the dosage consumed. Lower doses cause sedation and relaxation and higher doses promote sleep. While this drug is in the same class as Valium, it is 10x more potent and was never initially approved to be sold or used in the United States. It had been smuggled into the U.S. packaged (disguised) as OTC cold medicine or contraceptive pills in 1mg or 2mg flunitrazepam concentrations.

The tiny white pills are tasteless, odorless, and can be dissolved undetected in liquid. After being heavily implicated in many date rape cases, Rohypnol was then reformulated and is now available, this time – green in appearance and oblong shaped.  The tablets turn blue when dissolved in liquid. In this instance, it will make a “spiked” drink easy to identify.

On a Standard Drug Test, Rohypnol is not normally included.  A Standard 8 Panel Drug Test test these drugs:

However, if an employer has a reasonable suspicion that their employee is experiencing the lingering effects of Rohypnol may request that a specific lab test be performed on said employee. Reasonable suspicion is a common stipulation in drug-free workplace policies.

This drug is controlled under Schedule IV of the Controlled Substances Act, pursuant to a treaty obligation under the 1971 Convention on Psychotropic Substances. When flunitrazepam was placed temporarily under Schedule IV there was no evidence yet in the U.S. of Rohypnol abuse or trafficking. Schedule IV lists drugs, substances, or chemicals that:

While this drug is scheduled with other benzodiazepines as a Schedule IV drug, the Drug-Induced Rape Prevention Act imposes, depending on quantity, the same penalties for trafficking it as those imposed upon Schedule I, II, and III substances.

Rohypnol (flunitrazepam) is a CNS depressant. These drugs are also called “downers”, sedatives or tranquilizers. They slow down brain activity, inducing a state of relaxation. Depressants are prescribed for the treatment of anxiety and sleep disorders.

Rohypnol preparations are typically 1mg or 2mg tablets. The routes of administration are as follows:

The forms and routes of administration include oral, snorting, smoking, and injection

Oral – the tablet is either swallowed, chewed, or allowed to dissolve under the tongue. As a date rape drug, Rohypnol is simply dropped into the victim’s drink where it will dissolve undetected. The manufacturer responded to this by reformulating the drug and adding a blue dye so that it can be detected when used to spike a drink.
Snorting – the tablet is crushed/pounded into powder form for snorting, as it takes effect quicker in this manner.
Smoking – the crushed powder is sprinkled on marijuana joints so it can be smoked.
Injection – the drug is dissolved in liquid and injected.

The effect starts within 15-20 minutes after ingestion and stays in the system for at least 12 hours.

Unfortunately, practically all non-medical Rohypnol use is not intentional. The “user” almost always does not realize they’ve ingested it, as it has most likely been slipped into their (unattended) drinks at a club or party. Within minutes, the person taking the drug will feel incredibly relaxed or overly tired and wanting to sleep. They will not be totally unconscious but will not be in any position to understand, much less stop what is happening to them. They will be incapacitated from 8-12 hours. This drug can cause anterograde amnesia and upon waking, the victim will have no recollection of events.

Rohypnol is highly addictive and can dominate a person’s life within only a few uses. The effects are worse when combined with other drugs, either in an effort to gain a more intense euphoric high or to mask the side effects of the other drugs. Within days of the last use of the drug, withdrawal symptoms kick in. They can be so severe that users are driven to use again with even higher doses. It becomes a vicious cycle that the user soon finds he/she cannot get out of without help.

The history of Rohypnol is tightly intertwined with that of benzodiazepines. From the 1950s through the 1970s, Swiss pharmaceutical company Hoffmann–La Roche was deep into work on benzodiazepines. They modified the basic benzodiazepine structure and came out with several tranquilizers, including Rohypnol in 1975.

The patent for Rohypnol was actually applied in 1962, but it was only manufactured in 1972 and finally made commercially available in the European market in 1975. by the early 1980s it entered the US markets through international purchases, and before the decade ended it had become a very popular recreational drug among young adults frequenting the club scene. In 1995, the FDA banned ALL importation of Rohypnol into the United States.

The patent for Rohypnol was actually applied in 1962, but it was only manufactured in 1972 and finally made commercially available in the European market in 1975. It was initially prescribed to sedate and induce sleep in patients suffering from severe insomnia or chronic pain disorders, but it did not take long for this drug to surface as a recreational drug, and reports soon came out that it was being used in criminal activities. At the time, the drug was legal in many countries but not in the United States where it was made a Schedule IV drug in 1983. Nevertheless, by the early 1980s Rohypnol entered the US markets through international purchases, and before the decade ended it had become a very popular recreational drug among young adults frequenting the club scene.

In 1995, the UN reclassified Rohypnol from a Schedule IV status to Schedule III. In the U.S., some states have it under Schedule I, while the DEA is reviewing possibly reclassifying it at a federal level. In 1995, the FDA banned ALL importation of the drug into the United States.

Here at 12 Panel Now, we are happy to provide information and spread awareness regarding these topics and more!  Every Tuesday, we publish a Blog with information on current events, as well as insights regarding our products