What Can Cause a False Positive on a Drug Test?

False positives – Many are feeling optimistic as the world moves close to a post-pandemic time.  In the first quarter of 2021, storefronts are reopening, and businesses are launching vacancies for new hires.

As the tail end of the pandemic continues, the truth of how many have handled this traumatic world event is coming to light. The issue of stress management has weighed heavily on the masses.  As stressful times may continue, those who are unable to cope have sadly found other ways of dealing with personal difficulties.

In an article published by apa.org, Mandy Owens, Ph.D., a clinical psychologist and researcher at the University of Washington Alcohol and Drug Abuse Institute, says she’s observed a spike in substance use that includes an increase in both quantity and frequency of drug use during the pandemic. 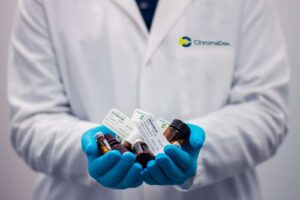 What this means for the Workforce

As businesses continue to open their doors, the need for qualified staff continues to grow.  If you are re-entering the workforce in 2021 you may be surprised to hear that more businesses are implementing pre-employment drug screening processes, now more than ever.

For many reentering the workforce in 2021, this may be a surprise.  However, stringent policies on pre-employment drug screening are not a new practice.  New businesses today are being more cautious when hiring new employees and rightly so. Workplace drug testing is to be expected.

For those who are taking prescription drugs regularly, it is important to be aware of the type of medication they are consuming and how this may affect their drug test results.

In fact, some have tested positive for drugs on the employment screening that they have never taken.  How is this possible?  The consumption of certain over-the-counter medications, prescription medication, or specific food items may cause someone to test positive for drugs not taken. This is known as a False Positive.

A False Positive is a test result that incorrectly indicates a particular condition or an attribute. One of the most popular examples of this is the effect poppy seeds from bagels have.  The consumption of a Poppy Bagel before a Urine test may lead to an incorrect positive result for an opioid like heroin.

Poppy Seeds (See Opioids) are obtained from the opioid poppy.  The extract is used in the creation of many drugs like morphine and heroin.  For this reason, those who consume pastries or food products like this may incorrectly test positive for drugs they have not consumed. 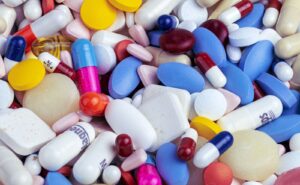 What can cause a false positive result on a urine drug test? 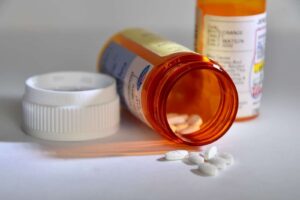 Urine drug tests screen for the presence of THC, the psychoactive component of marijuana, but a problem could arise because these products are not very well-regulated and cross-contamination can occur.

“With CBD available in everything from drink powders, to weight loss formulations, to tinctures of all types, false positive urine tests for THC will become more and more common,” warns Dr. McFadden.