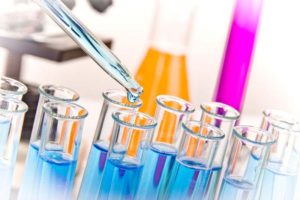 For a urine drug test, detection times may be all different – depending on the type of test in question. These detection windows vary due to the substance as well as the metabolism of the donor.

There are many different types of drug tests available today through 12 Panel Now.  With these many tests, a series of testing strips exist detecting a variety of substances of abuse.  However, not every single person submitting a specimen using these tests will test positive, even if they have used the drug in question.  Why?

What is the Detection Time of a Urine Drug Test?

For a urine drug screen detection times may be all different – depending on the type of test in question.  These detection windows vary due to the substance as well as the metabolism of the donor.  Some drugs metabolize in a few days while others take longer periods of time to make their way through the body. The time a drug stays in the system really depends on the particular drug of abuse, or prescription drug, the person’s metabolism, and the number of drugs consumed.  This is why it’s so difficult to ascertain how far back a urine test can detect drugs.  Some drugs stay within urine for several months while others only a few short days.

Detection time can be affected by many variables.  Everything that enters the body goes through the natural biological process of metabolism until it becomes completely consumed by the system.  Metabolism is a set of biochemical reactions, transformations, and processes that take place within the cells. During the digestion of food, the substances are transported between different cells, transforming said substances into energy to sustain the body while subsequently eliminating waste materials.

Drugs undergo these same processes when they are ingested into the body.  Most drugs are in some parts detectable in urine, blood, saliva, and hair through drug testing.  The drug testing would need to take place within a specific window of time from ingestion in order to be indicated on the test results.  Eventually, all traces of the drugs will be flushed out of the system in time.   However, the window of time used to determine drug levels before the chemicals have completely left the body is referred to as the drug detection time. Detection period – the amount of time after a person consumes a drug that a drug test can still show a positive result. For example, after a person consumes marijuana, a marijuana urine drug test can detect the drug for approximately up to a week afterward and possibly longer – up to a month. Cutoff level – the minimum amount of a drug that has to be present in a specimen in order for it to be considered positive. For example, the cutoff level for marijuana in a urine specimen for an instant testing kit is 50 ng/mL. If marijuana is present in a sample, but the level is below 50 ng/mL, the test would give a negative drug test result. If marijuana is present and the level is above 50 ng/mL, the test would show a positive drug test result.

Age – The body’s metabolism slows down with age so older drug users tend to retain substances longer in their system. Body fat – Some drug metabolites like PCP and THC get stored in fat cells, and a person’s metabolic rate tends to go slower the more body fat a person has. It is, therefore, harder to flush out drugs from the system of a user with plenty of body fat. Ingestion/administration method – The manner by which drugs are ingested has a bearing on their detection times. For example, the body takes longer to flush out orally ingested marijuana, compared to when it is smoked.

If you are interested in any information regarding our Drug Tests here at 12 Panel Now, please feel free to reach out to us directly!  We provide Drug Testing Cups in Bulk as well as for Single Use.  Though our most popular Drug Test is the 12 Panel Drug Test, we do provide a variety of others; testing for a range of substances.  In an effort to spread awareness and keep our customers informed, check out our Weekly Blog!