Taking Your Drug Test + K2/Spice – What You Need to Know

K2/Spice on the Rise

The popularity of Designer Drugs like K2, Spice, and others have recently been on the rise.  Because these products have become increasingly accessible without being completely banned by the government, many naturally wonder if they are as dangerous as many have claimed.  If these items were so dangerous, how are they able to be sold in local stores? Are these Synthetic Drugs even real drugs at all? Before understanding what K2/Spice is and the effects of consumption, it’s important to understand what a Synthetic Drug is.

Synthetic Drugs or Synthetic Cannabinoids are made to mimic the THC that is naturally found in Marijuana.  In fact, the manufacturing of these compounds does result in a more potent and powerful drug.  However, when these Synthetic Drugs are sold, they are presented under the guise of being all-natural, or even herbal.  Why? – likely to make them more widely available to the general public.  If something is labeled: “All Natural” or is listed as an “Herbal Product” how bad can it be – especially if it contains real herbal ingredients?

The short answer is yes.  These products do in fact have many herbal/spice ingredients like Dried Oregano and Basil. However, the fact that these are natural ingredients does not change one simple fact:  These ingredients are significantly coated with chemicals. Of course, when these products are smoked, they provide similar effects as THC – only with higher risks!

If you find these Synthetic Cannabinoid products in your local Gas Stations, Convenient Stores or Head Shops, you may see them listed as:  “K2”, “Spice” or even “Herbal Incense” or “Potpourri”. These are the many names associated with the Synthetic Designer Drugs made to outperform the THC in Marijuana. You’ll even be more surprised to find that these products are marked “Not for Human Consumption”.  Why would these products be marked with such a blatant statement?

“Not for Human Consumption”

If you scrutinize the labels on many Synthetic Cannabinoids that are sold today, you will probably find a warning that clearly says: “Not for Human Consumption”.  This is quite the statement, especially for such a widely used product.  However, this specific label warning has not dissuaded the entire population from using it.   Likely, this is an attempt to protect the retailers from prosecution. Moreover, this specific labeling makes it difficult for products to be banned or labeled as illegal by the Food and Drug Administration.  It is true that many Synthetic Cannabinoids are now illegal in 2019, however, there are a significant amount of products that have not been banned and are still being widely sold. Is there any real truth in the warning?  Where exactly are these Synthetic Cannabinoid products made?

Where are Synthetic Cannabinoid products made?

According to the 2017 Edition of DRUGS of ABUSE A DEA Resource Guide:

“The vast majority of synthetic cannabinoids are manufactured in Asia without manufacturing requirements or quality control standards. The bulk products are smuggled into the United States typically as misbranded imports and have no legitimate medical or industrial use.”

What is the Effect K2/Spice?

The effects of Synthetic Cannabinoids can be both dangerous and deadly.  Experts believe that these Synthetic Drugs are now more dangerous than naturally grown cannabis with serious short term and long term side effects.  Some of the frightening side-effects may include Hallucination, Confusion and Paranoia, Loss of Consciousness, and possible psychotic episodes among others.

How Long Do Synthetic Cannabinoids Stay in the Body?

According to OceanBreezeRecovery, the following timeline can be useful in determining how long it takes Spice to leave the body.

Because many forms of Synthetic Cannabinoids are new and untested, it remains unknown exactly how long these drugs will stay within the body. Also, everyone’s metabolism is different – being affected by Age, Gender, Liver & Kidney Function, etc.  Determining exactly how long these substances stay within the human body may not be an exact science due to the numerous variables.

How Do I Test Myself?

If you haven’t considered the harm Synthetic Drugs can have on the human body, you aren’t alone.  In fact, many have mistakenly underestimated the potency of these drugs and sadly suffered the consequences.  As mentioned, there is no definitive information on how long these Synthetic Substances stay in your body. If you or a loved one have taken these substances and are concerned, there are options!

The nature of Synthetic Cannabinoids is ever-changing, this is why taking a drug test may clue you in as to the extent of the toxins in your system.  Some are even concerned with how they will fair on an Employment Screening Drug Test. The Solution?

Here at 12 Panel Now, we provide Synthetic Marijuana Drug Test (25 pack) (K2 Test Strips) for personal or business use.  If you are participating in a mandatory employment screening, or require this of your employees, or even concerned about your own drug levels, you now have an option to drug test yourself.  This option will give you fast, reliable results.

See below for instructions: 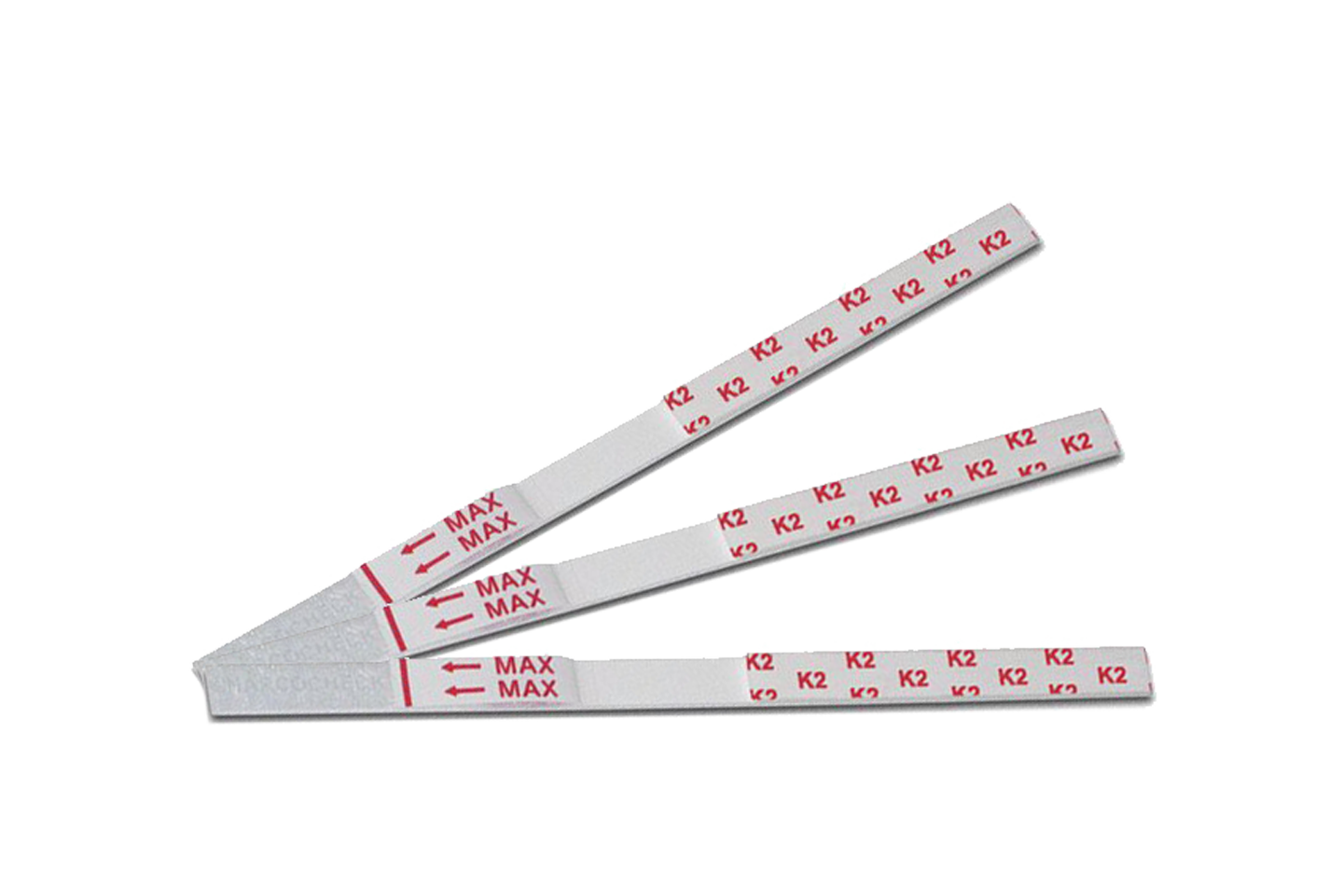 Interested in purchasing one of our Synthetic Testing Strips?  Vist 12 Panel Now and Enter K2DISCOUNT during your Checkout and receive $5 OFF your purchase!