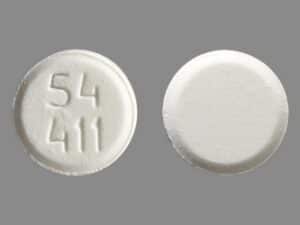 Buprenorphine, the primary ingredient found in Bunavail, Subutex, Suboxone, and Zubsolv, is a semi-synthetic opioid and partial agonist that is used in the treatment of opiate addiction. Unlike heroin, methadone, and other opiates, buprenorphine does not cause respiratory depression. This is the only major difference between methadone and buprenorphine, however, and people who are entering detox treatment, either short or long-term, tend to go for whichever is their personal preference.

Most commonly prescribed among the buprenorphine meds, Suboxone is actually a combination of buprenorphine and naloxone. Naloxone, an antagonist, is the active ingredient in Narcan. Narcan, in turn, is more popularly known for “saving lives”, being an overdose revival medication.

The presence of Naloxone in Suboxone discourages users from shooting it up because the Naloxone will only cause them to experience immediate withdrawal symptoms. This combination effectively prevents the misuse of buprenorphine.

In comparison, Subutex is pure buprenorphine. It can be injected and users can expect no unpleasant consequences. Subutex, therefore, has a high potential for abuse and isn’t often prescribed to patients.

Bunavail also contains naloxone, but with less naloxone as compared to Suboxone. It comes in the form of an oral film that dissolves in the mouth. Zubsolv, another buprenorphine/naloxone combo, has a lower starting dose compared to Suboxone, Subutex, and Bunavail. As a result, it has become a frontrunner in the treatment of opiate dependence in pregnant patients.

Buprenorphine was first manufactured in 1969 by Reckitt & Colman (Reckitt Benckiser today). It was the culmination of a decade-long effort to create a semi-synthetic opiate.

It was touted as a drug that can produce the desired effects of morphine while reducing the undesirable effects, like an addiction; allowing it to be used in human trials by 1971.

In 1978, an injectable form of buprenorphine was introduced in the UK as the treatment for acute pain. Shortly thereafter in 1982, an orally administered alternative came out. It took another 20 years before the US FDA finally approved buprenorphine in October 2002 for the treatment of opioid addiction. This was after the Drug Addiction and Treatment Act of 2000 passed, under which trained physicians were allowed to use Schedule III, IV, and V narcotics to detoxify patients and treat addiction in outpatient settings.

Initially, the legislation mandated that each certified physician be allowed 10 buprenorphine patients under their care. While this number has since been increased to 100 per physician, many more opiate addicts are unable to get treatment because there are still not enough openings. Another increase is on the horizon, having passed recent legislation that makes raises this number to 200, but it has yet to be implemented.

Buprenorphine is a narcotic analgesic. These types of drugs relieve acute and chronic severe pain, cause numbness and induce sleep or a state of unconsciousness. They bind to opioid receptors present in the peripheral and central nervous systems. Narcotic analgesic drugs tend to cause tolerance and dependence.

Buprenorphine comes in different forms and is administered via different routes, as follows:

Buprenorphine is controlled under Schedule III of the Controlled Substances Act. Schedule III lists drugs, substances, or chemicals that:

may lead to moderate psychological or physical dependence compared to Schedule II drugs.

Other Schedule III drugs include:

Schedule III drugs are prescription-only drugs and prescriptions are only valid for use up to 6 months from the date of issue.

Aside from the treatment of chronic pain, buprenorphine is used in MATs or Medication Assisted Treatment – programs that use other drugs to help people treat/manage opiate addiction or reduce/quit their use of heroin or other opiates (pain relievers/morphine).

In proper doses, buprenorphine treatment may accomplish the following:

Recreational Use of Buprenorphine

Buprenorphine is no different from other opioids. It is also commonly abused because it produces significant euphoria. People use it illegally as a substitute for heroin, or as a primary drug of abuse.

Short-Term Side Effects of Buprenorphine

Short-term side effects of buprenorphine use are rare and low-dose related. They are also considered milder than those caused by other opioids.

Long-Term Side Effects of Buprenorphine

Buprenorphine has not been around for very long so there are no extensive studies yet as to its long-term effects. However, experts believe these effects may be similar to those of other more well-researched opioids. Once usage stops, some long-term effects may persist, as follows:

Buprenorphine can be highly addictive, especially when misused. When patients begin taking them above the proper dose, they begin to develop tolerance, progressively needing more and more of the drug to achieve the same desired effect. As a result, withdrawal symptoms begin to be felt more quickly, which makes the user feel very ill. Addiction signs and symptoms include:

When a person suddenly stops using buprenorphine, withdrawal symptoms may appear, but not as intense as those caused by other opioid drugs. Buprenorphine is a long-acting drug so the withdrawal symptoms will not begin right away. The symptoms are often described as flu-like and typically peak within a few days of cessation.

First 24 to 72 hours – this is the most intense period of withdrawal. The symptoms that often appear during this period include sweating, nausea, irritability, restlessness, joint and muscle aches, watery eyes, diarrhea, and dilated pupils.

72 hours to one week – after the first 72 hours, the aches will continue accompanied by insomnia, cramps, mood swings, all-around restlessness, and general feelings of malaise.

The third week – The physical symptoms should be resolved by this time, but some people may continue to experience issues with motivation, mood, and restlessness. Others may also begin cravings for the drug.

According to the Drug Abuse Warning Network, an estimated 21,483 ER visits were associated with nonmedical use of buprenorphine in 2011, nearly 5x the estimated number in 2006.

In 2011, the American Association of Poison Control Centers reported 3,625 cases and three fatalities from toxic exposure to buprenorphine.

More users have succeeded in overcoming their opioid addiction from using Suboxone compared to methadone or placebo pills.

Buprenorphine has 30-50 times the analgesic potency of morphine.

Can I Purchase a Single Use Drug Test for Buprenorphine?

12 Panel Now offers Drug Tests in Bulk, or for single use. If you are concerned about how someone will fare on a Drug Test, or simply wish to test yourself, it’s a fairly easy process taking only a few minutes.  Our Single Use 12 Panel Urine Drug Test tests for 12 commonly abused drugs, including Buprenorphine.

Previous Benzodiazepines
Next Clonazepam
What you can find
Shopping cart
close