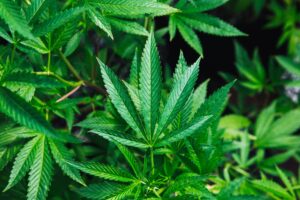 Marijuana or Cannabis is as controversial as it is well known on a global scale.  Today, scientists and biologists alike are still studying cannabis plants to determine whether THC, the main psychoactive ingredient in Marijana and CBD, can be as medically helpful as some in the general public believe.  Right now, people are using CBD, or Cannabidiol as an herbal supplement to help manage pain and epilepsy.  Some medical practitioners do, in fact, prescribe medical marijuana for these purposes and more.  (See our BLOG “Can Marijuana Lead Non-Smokers to Cigarettes?“)

Things to Consider as an Employer

For Employers and those running a business, maintaining a drug-free workplace is a number one priority.  Some employers implement these policies due to the nature of their specific fields.  Perhaps they run a company with heavy machinery – requiring 100% sobriety from all of their staff.  For others, as a responsibility to provide safe working conditions for their employees to thrive, Employers implement a drug-free policy for the benefit of the company workforce.  As Marijuana laws are changing from state to state, it’s important to consider whether a drug-free workplace is important to the functionality of one’s business.

Medical Marijuana is not a cure for any known condition.  However, its modern-day medical applications mirror the apparent reason for its use in other cultures hundreds of years ago – for pain management.  Millions of Americans are experiencing Chronic Pain. However not every Doctor today recommends Medical Marijuana for every ailment. One’s medical condition may qualify for medical marijuana treatment if recognized by the state of residency.  If that’s the case, one can, in fact, seek to receive Medical Marijuana as an avenue to treat the condition.

Is Marijuana a Gateway Drug?

The National Institute on Drug Abuse mentions that Marijuana can be addictive and that it is a gateway drug.  A gateway drug is a drug that when used, increases the probability of the user furthering their drug use, likely seeking more harmful, potent drugs.  THC is the predominant chemical responsible for Marijuana’s psychological effects. The more THC consumed, the more likely you are to become dependent. Though further study is being conducted, many have claimed that marijuana usage leads to further opioid use.  Is there any truth in this bold statement?

A study by The Center on Addiction and Substance Abuse at Columbia reported “ Adults who use alcohol, tobacco, and marijuana were 323 times more likely to use cocaine than adults who used none of the gateway drugs”

It’s interesting to note that most Marijuana users, in fact, do not dabble in more harmful potent substances.  Many statistics are still being formulated as scientists and those in healthcare continue to research the long term effects of Marijuana

Marijuana and other drugs

12panelnow.com has bulk drug testing supplies at wholesale prices.  We offer a bunch of different options, ranging from 5 to 12 Panel tests.  These tests are specifically designed to test a human’s urine for certain drugs that have been metabolized in their system.  We offer drug testing cups that range from 5 to 12 panels.  These wholesale cups come at bulk prices and have a temperature strip on them to ensure that they are accurate and the urine is given at the time the sample has been taken.  These tests include drugs like heroin and cocaine, but they also include marijuana.  We also have THC strips available. 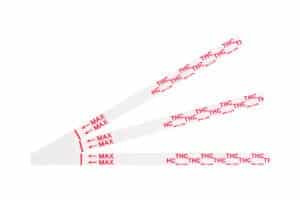 Can I Purchase a Single Use Drug Test?

12 Panel Now offers Drug Tests in Bulk, or for single use. If you are concerned about how you will fare on a Drug Test, or simply wish to test yourself, it’s a fairly easy process taking only a few minutes.  Our Single Use 12 Panel Urine Drug Test tests for 12 commonly abused drugs, including THC – the primary psychoactive ingredient in Marijuana.

How Long Can Marijuana Be Detected in Urine?

12 Panel Now’s marijuana drug test strip can detect marijuana in the urine for approximately 3–30 days after use.

However, factors like age, gender, use frequency, and health condition affect detection time.

How Long Do Drugs and Alcohol Stay in Your System?

Can Marijuana Lead Non-smokers to Cigarettes?

Yes, marijuana can lead non-smokers to cigarettes, as a recent study proves.

Does Weed Show up on a Drug Test?

Yes. Weed shows up on a drug test. Most drug test cups, strips, and dip cards can detect it.

How to Test Your Urine for THC?

With 12 Panel Now’s drug test strip, testing your urine for THC is easy. Just pee in a clean container. Next, dip the strip into your urine. Then, wait for a few minutes. Finally, read the result.

Can Smelling Marijuana Make You Fail a Drug Test?

Smelling marijuana might show traces of THC in your urine. However, the THC present in your sample won’t be enough to make you fail the drug test.

Read more: What are the Effects of Secondhand Marijuana Smoke?

What Is a Marijuana Drug Test Strip?

12 Panel Now’s Marijuana Drug Test Strip provides you with safe, rapid, and accurate results every time you need to perform a drug check in your workplace, school, or organization.

How does it work?

Our THC test strip uses a monoclonal antibody for detecting marijuana in a urine sample.

When the concentration of marijuana in urine exceeds 50 nm/ml, the test shows two faint lines. This indicates a positive result.

How Much Is a Marijuana Drug Test?

Additionally, you can get them at the lowest prices when you buy in bulk.

What Do Marijuana Drug Tests Look For?

Marijuana drug tests look for THC, the active substance in marijuana. It’s what gives a user that “high” weed is famous for.

Does Vaping Marijuana Show up on Drug Tests?

Yes, vaping marijuana can show up on drug tests. A study states that after consuming cannabis, whether through vape or smoking, THC peaked immediately.

This is due to the contamination of the oral mucosa.