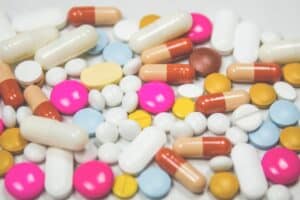 Benzodiazepines are central nervous system depressants. They are among the most commonly prescribed in the U.S. today. There are over 15 types of benzodiazepine medications on the market, available to treat a wide range of physical and psychological maladies.

The most popularly prescribed benzodiazepines include Valium© (diazepam), Xanax© (alprazolam), Ativan© (lorazepam), and Librium© (chlordiazepoxide). Though not legally prescribed, the benzodiazepine Rohypnol© (flunitrazepam) is well known for its notorious reputation as a date-rape drug.

The human brain has a key neurotransmitter called gamma-aminobutyric acid (GABA). This GABA inhibits motor neurons, so if there is a GABA present, neuronal activity slows down or stops altogether. Benzodiazepines enhance GABA activity, effectively slowing nerve impulses throughout the body.

While dosage and absorption time vary among the different benzodiazepines, they all trigger the same physical effects. There are short-acting and long-acting benzodiazepines. A physician will choose either of the types (short-acting or long-acting) depending on what condition it is being prescribed for.

Austrian chemist Dr. Leo Sternbach first discovered benzodiazepine in 1954 while working for Hoffman-La Roche. The drug was submitted for pharmacological evaluation where it was determined that it is superior to other related drugs. The first benzodiazepine was patented in 1959 (patent application 1958), and it was finally introduced into the market in 1960 as Librium (chlordiazepoxide).

In the early days, benzodiazepines appeared less likely to lead to dependence, particularly because compared to barbiturates, they did not cause respiratory depression. The medical community accepted benzodiazepines enthusiastically, resulting in its popularity and high demand from patients.

Other derivatives of the drug soon came out, including Mogadon (nitrazepam) in 1965, Dalmane (flurazepam) in 1973, and Xanax (alprazolam) in the 1980s. By the mid-1970s, over 8000 tons of benzodiazepine medications were being sold every year.

It took a while for the realities of benzodiazepine to come to light, as researchers finally made the connection to GABA. By then glimpses of abuse and dependence have started to become evident. Soon, more guidelines (and legislation) were being published as to its use (and misuse). Of higher concern was the effect of benzodiazepines on elderly patients for their heightened sensitivity to its side effects.

Benzodiazepine is a depressant. Depressants slow down the activity of the central nervous system. These drugs are also called downers for the “relaxation” induce. Depressants relieve stress and anger and often cause drowsiness or sleepiness.

Depressants include the following:

Benzodiazepines come in the following forms and administered accordingly:

Oral – These drugs most commonly come in the form of tablets or capsules for oral administration.

Injection – They also come in liquid form (Valium, Ativan, Librium) to be injected either intramuscularly or intravenously. Versed© (midazolam) is made exclusively as IV.

Sublingual – Ativan comes in 0.5mg, 1mg, and 2mg sublingual tablets to be dissolved under the tongue.
Benzodiazepines Forms of Administration

Benzodiazepine is controlled under Schedule IV of the Controlled Substances Act. Schedule IV lists drugs, substances, or chemicals that:

Non-medical use of benzos often begins when people feel worried or anxious and want to be able to relax. They swipe a pill or two from a family member’s prescription left lying around in the house, thinking it would be harmless to use it just that one time. The next time they are stressed, they will simply take another pill to get through the moment of anxiety. Some people use them every other time they have difficulty sleeping until it becomes a habit. A more sinister non-medical use of benzos is for preying on unsuspecting victims, as is the case for Rohypnol (flunitrazepam), notoriously known for being a date-rape drug.

Short-term side effects vary depending on the dose. At low to moderate doses, a user may experience the following side effects:

At much higher doses, extreme drowsiness occurs and on top of the low-dose side effects, users may also experience the following:

Each of the different kinds of benzo meds gets eliminated from the body at varying rates. Some take a while so taking multiple doses over long periods can cause them to accumulate in the fatty tissues. This leads to a condition called over-sedation, the symptoms of which do not manifest right away, taking at least a few days.

Physiological and psychological dependence can result from benzodiazepine misuse depending on the drug’s potency, its dosage, and the length of time it is taken. For example, alprazolam is highly potent and if taken at high doses, dependence can develop in as short as 2 months. With certain other benzos, tolerance occurs at around 6 months of use.

Tolerance to the hypnotic effects of benzodiazepine appears to happen the soonest. It often occurs in as little as a few days of regular use. Tolerance to the drug’s anti-anxiety properties happens at a much slower pace, about a few months. As the effectiveness wears off, the user simply increases the dose just to get the same effect as before. It becomes harder for the user to stop using the drug once tolerance has set in because they start to experience withdrawal symptoms. This is called physiological or physical dependence.

12 Panel Now offers Drug Tests in Bulk, or for single use. If you are concerned about how someone will fare on a Drug Test, or simply wish to test yourself, it’s a fairly easy process taking only a few minutes.  Our Single Use 12 Panel Urine Drug Test tests for 12 commonly abused drugs, including Benzodiazepine.

What Type of Drug Is Benzodiazepine?

They are among the most commonly prescribed in the U.S. today.

Additionally, there are over 15 types of benzodiazepines for treating a wide range of physical and psychological disorders.

How Long Do Benzodiazepines Last in Urine?

A benzodiazepine urine drug test can detect it at 300 ng/ml within 3-7 days.

Read more here: How Long Do Drugs and Alcohol Stay in Your System?

What Are Benzodiazepines Prescribed For?

Doctors prescribe Benzo for helping people cope with insomnia, depressions, and anxiety. However, some people use it illictily for recreational purposes.

Is Gabapentin a Benzodiazepine?

No, it’s not. It is, however, used for the treatment of benzodiazepine dependence.

Yes, they are addictive. In fact, they’re listed as Schedule IV drugs in the US.

Benzodiazepines are sedatives. They help people who are struggling with anxiety, panic disorders, and depression.

Opioids, on the other hand, are prescribed to help people cope with pain.

Both, however, are addictive.

Read more here: What Is the Difference between Prescription Opiates & Benzodiazepines?

Do Benzodiazepines Show up on Drug Tests?

Yes, drug tests can detect BZO. You can use multi-panel cups, dip cards, or benzodiazepine strips for this purpose.

It depends on the company you are applying to. Most private employers can test for any combination of drugs. BZO is typically included in their drug tests.

No, it can’t. To clarify, a standard urine drug test cannot detect the medications listed below.

What over the Counter Drugs Will Test Positive for Benzodiazepines?

Sertraline is an over-the-counter medication that may cause a false positive in a BZO drug test.

Is Clonazepam a Benzodiazepine?

Yes, clonazepam is a benzodiazepine. It’s sold under the name Klonopin.

Additionally, the effect that benzodiazepines have on those who are prescribed it may vary.

Read more here: Will Clonazepam Show up on a Drug Test?