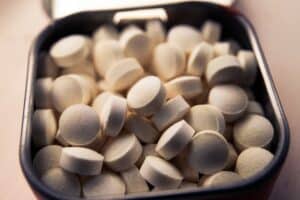 See also: Fentanyl – What You Need to Know – Answers from 12 Panel Now

Fentanyl is an opioid analgesic that is used as a surgical anesthetic in 70% of all surgeries in the U.S. It is similar to morphine but is approximately 50-100 times more powerful. It binds to the opioid receptors in the brain in the areas that control pain and emotions. It is water-soluble and is composed of 40 of carbon, hydrogen, nitrogen, and oxygen, with a chemical formula of C22H28N2O.

Many hospitals prefer to use fentanyl due to its fast action and potency.  It’s prescribed to patients of all ages, young and old and has few undesirable side effects, as well as few instances of addiction when used properly under strict medical supervision.

From a workplace perspective, experts believe that the misuse and abuse of fentanyl among employees in safety and security-sensitive positions is a growing concern. As a pain reliever, it can be prescribed to manage moderate to severe pain, especially chronic pain. With prescriptions rising and with prescription drug abuse already a major concern for employers, one would think this drug would have long been a standard part for workplace drug testing. In reality, it is only requested under special situations and is, therefore, an extra cost for employers.

In drug screening, the cut-off level is the minimum amount of drug residue that must be found in the sample in order for the specimen to be labeled positive. It is important to remember that a negative sample does not necessarily mean that it is drug-free, only that it contains a drug at a concentration that is below the established cut-off levels.

The Drug Enforcement Administration implements the Controlled Substance Act and sees the prosecution of violators. The CSA is the U.S. drug policy that regulates the use, possession, distribution, manufacture, and importation of certain narcotics, depressants, stimulants, hallucinogens, anabolic steroids and other chemicals. The CSA defines 5 schedules of drug classification (I–V) based on their abuse potential, safety, and medical applications.

Fentanyl falls under Schedule II – drugs and other substances that have a high potential for abuse; are currently accepted in the United States for use in medical treatment with severe restrictions; and those, the abuse of which may lead to severe physical and/or psychological dependence.

Fentanyl is an opioid (painkillers). Opioids are prescription-only drugs typically given to patients to relieve severe pain from recent surgery. Under normal use, opioids break down and attach to opioid receptors in the brain. The effect is that the person’s perception of pain is reduced. Misuse and abuse of opioids affect the brain in such a way that the person experiences relaxation and euphoria.

Doctor-prescribed fentanyl often comes in any of the following forms:

Pharmaceutical fentanyl also ends up in the streets or in the hands of unauthorized users. For example, the gel from transdermal patches may be swallowed or injected. The kind of fentanyl (or its analogs) that underground manufacturers make for trafficking in the streets comes in any of the following forms:

Powder (usually cut into heroin) – for snorting, smoking, swallowing or rubbing onto gums
Laced on blotter paper – for absorption through the mucous membrane in the mouth
Tablets – for swallowing
Ways Fentanyl is Trafficked

When opioids bind to the brain’s opioid receptors, dopamine levels in the brain’s reward areas rise. This is what causes the intense relaxation and euphoria. There are opioid receptors in the areas of the brain that control our breathing rate as well, and if high doses of potent opioids like fentanyl find their way to these receptors, breathing can stop completely, leading to death.

Because of fentanyl’s direct effect on the brain, it may also lead to psychological problems that include but are not limited to:

The short term effects include relief from pain, relaxation, and euphoria, but the side effects are far more numerous:

Sustained fentanyl use and abuse can have long-term psycho-social effects including:

The DEA believes that medical fentanyl gets diverted for illegal uses through medical workers who steal the drug from hospitals, falsify medical records, and even go as far as to pull fentanyl patches off a patient. Illegal fentanyl in the streets today are meant to enhance low-quality heroin and are mostly made in Mexican laboratories.

Due to the high potency of fentanyl, tolerance to the drug sets in faster, necessitating higher and higher doses to achieve the same effect. This risk of dependence is high for anyone, regardless of whether it’s used is for a legitimate medical condition or recreational only. A sure sign of dependence is when a person begins to experience the following withdrawal symptoms after attempting to stop using:

Dr. Paul Janssen of Janssen Pharmaceutica was the first to develop Fentanyl under a patent held by his company in 1959. Being the strong analgesic that it was, the medical field quickly adopted it for use as an anesthetic and post-surgical pain reliever.

By the 1960s, Sublimaze® was introduced as an intravenous anesthetic. Its popularity paved the way for the development of fentanyl analogues that included Lofentanil, Alfentanil, Remifentanil, and Sufentanil.

The mid-1970s saw the first illicit use of pharmaceutical fentanyl and its analogues by members of the medical community – nurses, doctors, anesthesiologists, and other medical health workers. They would draw fentanyl out from vials and replace it with a saline solution. Late into the decade, it made its way into the streets with China White and became a popular street drug on the west coast by the 1980s. It was also around the same time that fentanyl was introduced to the club scene in New York.

In the mid-1990s, the fentanyl patch (Duragesic) was developed. It can be worn on the skin and was used for managing chronic pain in cancer patients. It provides long-term pain relief, usually 2-3 days and remains to be the most widely-used form of fentanyl delivery. Soon, oral preparations containing fentanyl citrate with fillers were developed, including the buccal tablet Fentora and the Actiq lollipop. The Actiq lollipop was introduced for young cancer patients, but this form also became popular with club parties and all-nighters.

In 2013, illegally manufactured fentanyl rates went up. It is believed that criminal organizations were behind the increase in global supplies of fentanyl precursor chemicals, resulting in an increase of trafficked products onto the streets. To illustrate this, the number of seized fentanyl products in 2014 was 5,343. By 2015, this number rose to 15,882 – almost 300% increase.

2016 saw a 326% increase in opioid overdose deaths from the previous decade and a 1000% increase from 1990. Fentanyl abuse has become such a problem in Canada that British Columbia declared a state of emergency.

Can I Purchase a Single Use Drug Test for Fentanyl?

12 Panel Now offers Drug Tests in Bulk, or for single use. If you are concerned about how someone will fare on a Drug Test, or simply wish to test yourself, it’s a fairly easy process taking only a few minutes.  Our Single Use 12 Panel Urine Drug Test tests for 12 commonly abused drugs, including Fentanyl. 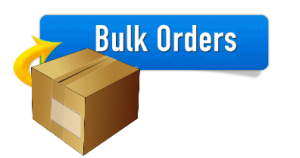