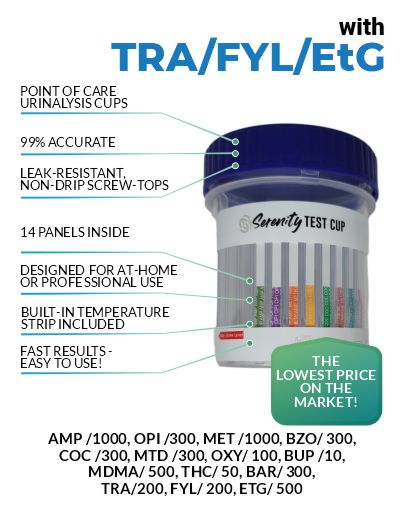 12 Panel Now’s 13 Panel Drug Test Cup with Fentanyl screens for thirteen different substances. This is a safe and hygienic test that’s easy to use.

The no-drip screw top lid and leak-proof design ensure a quick and no-mess testing process. Furthermore, you won’t have difficulty analyzing the results, thanks to its easy-to-read peel-off label.

And since it comes with a temperature strip, you can immediately tell if the sample has been tampered with or not.  This is a great drug test and fentanyl urine test for those who wish to utilize a thorough drug screening tool.

What Does a 13 Panel Drug Test test for?

A 13 Panel Drug test detects multiple substances all at once. It screens for:

When used as intended, Fentanyl is a helpful substance. Surgeons use this opioid analgesic (that’s 50-100 times more potent than morphine) for at least 70% of all surgeries in the U.S. It binds to the opioid receptors in the brain in the areas that control pain and emotions.

How Accurate are Urine Drug Tests?

All of our drug tests are 99% accurate. Take note, however, that this immunoassay is only a preliminary test. If it turns out positive, it needs further confirmatory testing.

Amphetamines are a mood-altering drug, a very addictive substance. Doctors prescribe it for the treatment of ADD, ADHD, and narcolepsy.  Some of the most well-known prescription amphetamines are Ritalin, Adderall, and Dexedrine.

Unfortunately, some people use Amphetamines are as a recreational drug.

Furthermore, physiological and psychological dependence can result from benzodiazepine misuse depending on the drug’s potency, its dosage, and the length of time it is taken.

Although it’s present in 70% of all surgeries in the U.S., Fentanyl is one of the most notoriously well-known opioids to make news headlines.


According to CDC.gov, Non-Medical Fentanyl is sold through illegal drug markets for its heroin-like effect. Heroin and Cocaine are used as a combination product—with or without the user’s knowledge—to increase its euphoric effects. Moreover, the overdose epidemic involving Fentanyl only continues to grow.


Phencyclidine or PCP (Molecular Formula C17H25N) is a synthetic hallucinogenic or dissociative drug that is considered one of the most dangerous illicit substances in the current list of drugs of abuse. Developed as a general anesthetic drug, its medical usage was discontinued as a consequence of its addictive nature and negative side effects.

It’s your one-stop, fentanyl drug test for either clinical or at-home use.

How to read a 13 panel drug test cup

Why settle for less when you can test for so much more?

Screen for thirteen different substances, all at once, with 12 Panel Now’s 13 panel drug test cups. It’s equipped with everything you need in a multi-panel cup – efficiency and economy to the max!

What’s your primary concern when looking for a 13 panel drug test cup? Like our meticulous customers, you want to ensure you’re getting the safest, most accurate, most reliable, and most budget-friendly product out there. This is especially true when you’re doing drug testing for a clinic, rehab, police station, or similar organizations.

This is why doing business with a reliable supplier of drug testing kits is necessary. Because you want your drug testing process to be safe and efficient every time, all the time.

For orders of 2,000 cups upward, quantity pricing is available as well as discounts on shipping!

Do you work at a doctor’s office and need a trusted source for urine testing cups?

We understand that all workers in a doctor’s office need to be drug-free. Otherwise, the health and safety of the patients and the clinic’s reputation and insurance coverage can be compromised.  Therefore, you need to administer a urine test regularly.

Here are some of the reasons why using a 13 panel drug test cup is necessary:

Courts often require people charged with DUI and other criminal activities to go through drug tests.

These cups are ideal for several reasons.

With 99% accuracy, 12 Panel Now’s 13 panel drug test cups are among the most reliable cups in the market today.

Each cup includes instructions on how to take the urine display sample and read it correctly. There isn’t any need for additional body temperature testing or placing anything into the urine since the test strips are right in the cups.

It’s leak-resistant and comes with a no-drip lid, making it safe to use and handle.

How to prepare for a 13 panel drug test?

Here are some things you can do to prepare for a 13 panel drug test:

The 13 panel drug test comes with a built-in temperature strip for validating the donor’s urine. If the urine sample falls above or below the average range, the test fails.

Does xanax show up on 13 panel drug test?

Because Xanax is a benzodiazepine, it will likely show up on a urine drug test that is designed to detect it.  In this case, the 13 panel drug test and many more detect benzodiazepines.

Will tramadol show up on a 13 panel drug test?

Tramadol is not usually detected on a standard drug test.  However, there are tests available from 12 Panel Now, like the 14 Panel Drug test.  This test does detect Tramadol and 13 other substances.  Also, there are tramadol urine test strips available as well.

Does alcohol show up on a 13 panel drug test?

The 13 panel drug test does not normally detect the presence of alcohol in urine.  However, you can use a 12 Panel Test + ETG Strip, a 14 Panel Drug Test with EtG, or an EtG alcohol test strip to detect this substance in urine.

What's the cutoff for amphetamines on 13 panel drug test?

On a 13 panel drug test cup, 1000 ng/mL is the cutoff level for amphetamines.

Does suboxone get checked in 13 panel drug test?

Typically, standard drug screen panels do not test Buprenorphine. Suboxone will only show up on a drug test if it tests explicitly for Buprenorphine or its metabolites or Naloxone. 12 Panel Now provides a specific suboxone test strip for this purpose.

Where can I buy a 13 panel drug test?

You can buy this urine test kit here at 12 Panel Now at low prices! The more cups you buy, the lower the costs!

Does acid show up on a 13 panel drug test?

LSD, also known as acid will not show up in this test. You’ll need an LSD test strip if you want to detect this substance in urine. 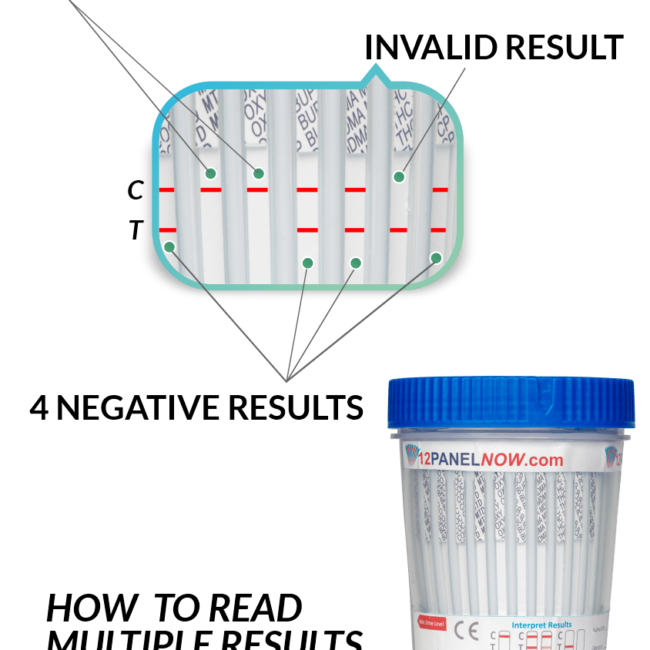 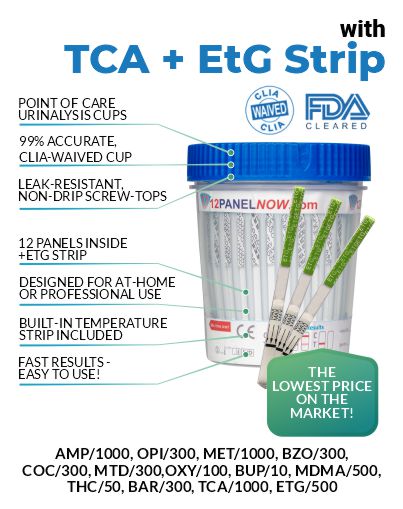 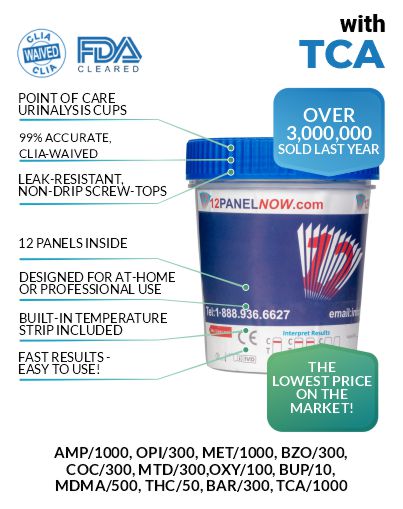 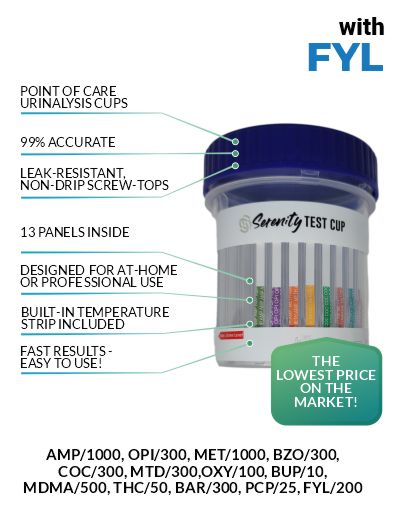