Kratom Drug Testing – Everything You Need to Know

A New Substance on the Rise

Kratom drug testing is used by many employers since they are adding it to their pre-employment drug screening test.  Since it is drug that continues to be on the rise. And as it uses becomes more prevalent throughout the country, the demand for effective kratom drug tests has increased.

For those who haven’t heard of it, Kratom is a tropical tree.  This tree grows plentifully in Southeast Asia – specifically Thailand, Indonesia, Papua New Guinea, and surrounding countries.  However, aside from a few pending states here in the USA, this substance is still llegal. Even so, employers and other facilities have begun to take kratom drug tests into consideration when performing drug screens. Why?

It’s More Accessible than you think

As mentioned in our Latest Blog on K2/Spice, certain Synthetic Drug products like K2 or Spice are labeled “Not for Human Consumption”. That is likely in an attempt to protect retailers from prosecution. Which is why many of those products end up so easily accessible in our local stores.  Kratom is not yet deemed illegal and is easy to find either online or in stores. In fact, the same “Not for Human Consumption” labeling procedures are happening with many Kratom products today. Making it easier to package and sell. This does not, however, mean that Kratom is not dangerous to humans. That it does not maintain lasting side effects.  In fact, the long term effects may surprise you.

Unlike many of the Synthetic Drugs previously mentioned, Kratom is a natural substance that grows in the wild.  Traditionally the leaves from the Kratom tree have been successfully used in various cultures to treat and medicate.  It could be chewed or crushed, and in many cases used for cooking. Today it is smoked, grounded up, or made into pills for consumption.

This, of course, has no merit on the fact that Kratom has now become a widely used recreational drug. Labeled as a controlled substance in many countries throughout the world.  The effect it has on individuals can vary. According to WebMD, some studies show that in low doses, Kratom usage can make you feel more energetic, and in high doses, it can make one feel lethargic or low energy, akin to entering a dreamlike state.

Some of the adverse effects of regular consumption are quite severe, ranging from dizziness, hallucinations, seizures or even long term liver damage.

Those who have used Kratom regularly have reported withdrawal symptoms that range from feeling tense, experiencing insomnia, diarrhea, feelings of anxiety, or anger, among others.

More research is still needed to understand the long term and short term effects of Kratom.

More recently In 2017, the FDA identified at least 44 deaths related to Kratom, with at least one case involving the use of pure Kratom. The FDA reports note that many of these deaths seem to have resulted from adulterated products or taking Kratom with other potent substances

Compared to the other drug epidemics that are sweeping the globe, Kratom related deaths do not seem to be as widespread as other abused substances. However, it is important to note that the deaths reported involving individuals using a variety of substances.  Individuals who wish to use Kratom for medicinal purposes or otherwise should seek medical consultation if they wish to use this in conjunction with any other kind of medication or supplements.

How Long Does Kratom Stay in Your Body?

As mentioned, more Kratom related studies need to be performed before releasing up to date, scientific information about its effects on the human body.  In our last article, we mentioned that there are numerous variables that affect how long a substance can stay in your system. Some variables have to do with metabolism, age, liver function, etc.  However, there is some information available that can give us insight as to how long it would take to eliminate Kratom from our systems.

“It would take just over five days for kratom to be fully cleared from the system of the user, based on this half-life information.

“There is some evidence indicating that for a long-term abuser of kratom, the substance could take around 5 ½ days to completely clear from their system.”

If someone has experimented with Kratom or is concerned about their consumption, they may want to test themselves to see if they still show signs from this understudied drug.

Kratom Test Cartridges KRA Test Cartridges for personal or business use.  If you are participating in a mandatory employment screening, or require this of your employees, or are even concerned about your own drug levels, you now have an option that will give you fast, reliable results.  See below for instructions 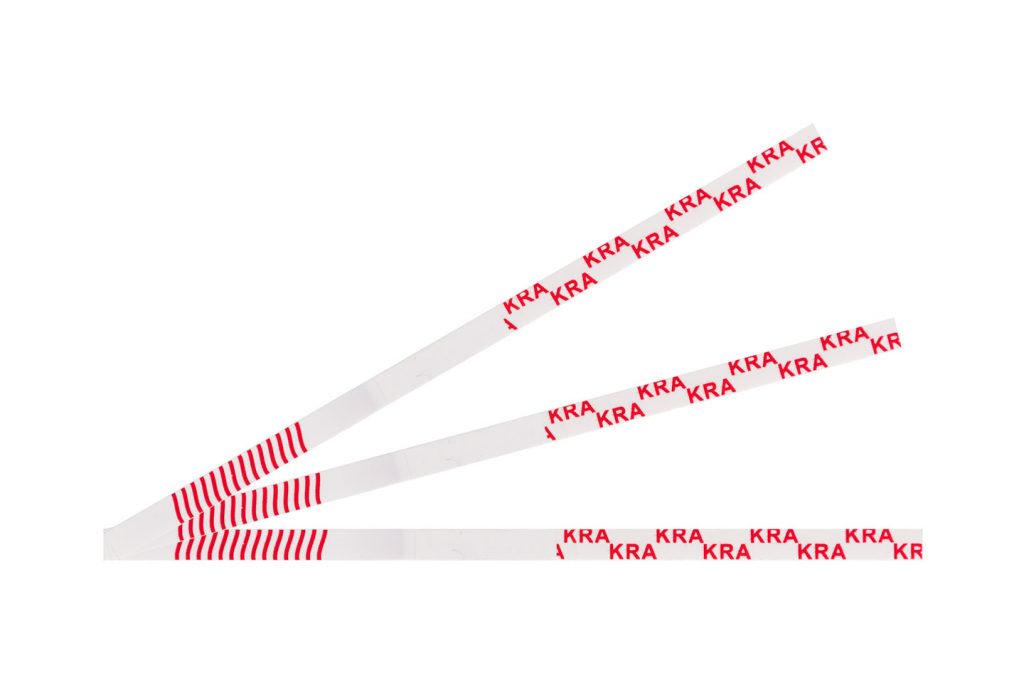 In addition to our Testing Strips, Get FDA/CLIA waived 12 Panel drug testing cups in bulk to support your drug testing programs. Send us a message or call us at 888-936-6627 for more information