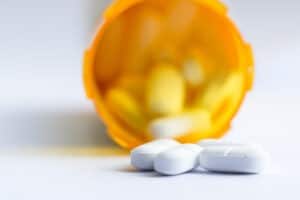 Among opiates found in opium, morphine is the most abundant and the most potent pain reliever. This analgesic has been used to relieve pain from grave war injuries to the management of painful diseases. It is also illicitly used for recreational purposes by drug abusers. Opiate such as morphine has the potential to be highly addictive. It can cause incapacitating physical dependence that could severely affect the abuser physically and psychologically dependence.

Most standard Drug Tests are in fact designed to detect various opioids.  Opioid abuse is one of the number one issues plaguing the united states, with countless deaths associated with both abuse and overdose-related deaths.   According to drugabuse.gov:

“…more than 130 people in the United States die after overdosing on opioids. The misuse of and addiction to opioids—including prescription pain relievers, heroin, and synthetic opioids such as fentanyl—is a serious national crisis that affects public health as well as social and economic welfare…”

One can certainly expect opioids to be on almost any drug test, whether it be urine drug tests or hair follicles.  With heroin and fentanyl listed as two of the most dangerous opioids available, the epidemic is growing and has become not only a national crisis but a crisis of worldwide concern as well.

Natural vs. Semi-Synthetic vs. Synthetic Opiates

The initial cut-off levels for opiates which include morphine, heroin, codeine, and opium is 2000ng/ml within a detection period of up to 2 days. The confirmatory cut-off level for morphine is also 300ng/ml.

The Drug Enforcement Administration (DEA) is the agency in charge of drug-related production, trade, smuggling, use, and abuse in the United States. The agency is the implementing body of the 1970 Controlled Substance Act (CSA). Based on the CSA there are five categories and schedules of substances, chemicals, and drugs based on their medical use, safety and potential for abuse.

Opiates including morphine are Schedule II drugs. Drugs under this category have the potential for abuse. This group of drugs is currently accepted in treatment or for medical use with stringent restrictions in the United States. Abuse of opiates and morphine may lead to acute physical or psychological dependence.

Opiates in general and morphine, in particular, are narcotic pain relievers. Opiates such as morphine are medically used to treat moderate to severe pain due to grave wounds, or sometimes after surgery for acute pain. This group of drugs not only relieves pain but also dulls the senses and induces a deep sleep that could lead to coma if taken in excess.

Opiates such as morphine may be taken orally, by injection, through a transdermal patch, or as a suppository. As this group of narcotic pain reliever comes in tablet form, it may be grounded into powder to be snorted.

Tablet – Some opiates including morphine come in tablet form of varying colors such as red, white, blue, and black. Thus it is not uncommon to refer to morphine based on its color. Some crush the tablet and ingest it for a stronger effect. Snorting powdered morphine results in an immediate “rush” as the drug goes straight to the user’s brain.

Solution – Some brands of morphine are in liquid form and given intravenously to patients for a more controlled and effective pain relief therapy. Abusers may crush morphine tablets and dissolve them in water or another liquid. The dissolved drug is then directly injected into the user’s vein. Injecting opiates without medical supervision is dangerous.

Transdermal patch – Some brands of morphine and opioids are medically administered by transdermal patch. The patch is attached to the arm or the buttocks of the patient. The purpose is to slowly release the drug for a period of 24-72 hours for pain relief therapy. Abusers have been known to cut the patch open and swallow or inject the gel in the patch.

Suppository – Some brands of morphine are available as a suppository. The idea is to slowly release the drug for effective pain relief therapy.

Opiates such as morphine are one of the most powerful analgesics. For centuries, this group of drugs has been used to relieve pain and other symptoms, and to promote sleep.
Current major uses of morphine in clinical practice are:

Side Effects of Morphine

The use of opiates promotes pain relief and sedation. However, continuous use of this drug could lead to deterioration of one’s health and other complications. Sustained use of opiates could lead to abuse. Withdrawal symptoms could appear if the user stops taking the drug.

As narcotics alkaloids, opiates have a relaxing effect that makes users drowsy and sleepy. It is possible for a user to nod off in the middle of an activity. Opiates such as morphine can cause depressed respiration and constipation. Physical side effects of morphine are:

One of the psychological effects of morphine and other opiate is the short but intense feeling of euphoria. The user develops a sense of tranquility, comfort, and pleasure from getting “high” that his main goal is to achieve that state. Psychological dependence may last years after the person stops taking opiates.

Other Effects of Opiate/Morphine Use and Abuse are:

Short-Term Side Effects of Morphine

Long-Term Side Effects of Morphine

Patients with breathing or asthma problems, paralytic ileus (bowel obstruction), or blockage in the stomach or intestines should not take morphine or any other opiate.

Combining alcohol and morphine or any other opiate could have a dangerous side effect. It may even lead to death.

Morphine has a dangerous interaction with MAO inhibitors such as tranylcypromine, rasagiline, phenelzine, methylene blue injection, linezolid, isocarboxazid, and more. Do not use any opiates or morphine until 14 days after taking MAO inhibitor.

Lung disease or any type of breathing problem
a history of brain tumor, head injury, or seizures
a history of mental illness, drug abuse, or alcoholism
problems in urinating
problems with liver, kidney, gallbladder, thyroid, or pancreas
Opiate Addiction
Opiate or morphine dependence is the medical diagnosis given when a person develops an incapability to stop using morphine or any other opiates such as methadone, fentanyl, codeine, or Vicodin.

If a person displays at least three of the following symptoms mentioned below, the person is more likely to have opiate/morphine addiction.

Intense craving or desire for opiates/morphine
Incapable to control the level of use or use of opiates
Exhibits withdrawal symptoms when opiates are not used or using the opiate of choice to prevent withdrawal symptoms
Develops tolerance to the drug so there is a need to increase the dosage
Shows marked negligence on personal activities, work, or relations
Using the drug in spite of consequences pertaining to health, relationships, and financial issues

India’s poppy fields were the British’s source of opium in the 18th century. At this time China and Britain’s trade were at its peak. China traded tea and silk to the British whereas the latter brought opium sourced from India to China. As a consequence opium addiction became widespread in China prompting the Emperor to burn all opium brought in by British ship. This started the Opium Wars where Britain eventually won thus ensuring the continuation of the opium trade.

Scientists sought ways to preserve the medicinal properties of opium such as for cough suppression and pain relief, and at the same time modify the drug to make it less addictive.
After immersing opium in ammoniated hot water, Friedrich Wilhelm Serturner isolated a whitish-yellowish crystalline compound. He tested this substance in small doses on himself and others and found that the substance helped relieved pain and brought on a sense of euphoria. In large doses, the drug led to cough suppression, slower breathing, constipation, vomiting, and nausea. He named his compound morphine, in honor of Morpheus, the Greek god of dreams.