Home » Blog » Will Heroin Show Up on a Drug Test?
Blog

Will Heroin Show Up on a Drug Test?

One of the most highly addictive substances known today is still a subject of controversy.  Heroin has made headlines worldwide and has been known as a notorious and indiscriminate killer.  This potent opioid is normally injected by the user, however, it can be inhaled or snorted as well.

Heroin’s long term and short term side-effects have been well known as thousands of individuals have lost their lives due to overdose and other complications.  During its early days, however, heroin hadn’t attained the notoriety as it has today.

A Heroin Addiction resource published by The Recovery Village reports: (Heroin) was first marketed by a pharmaceutical company in the late 1890s as a cough suppressant.  They go on to mention:

It was also thought that heroin provided the same medicinal benefits for pain relief as morphine without the side effects associated with morphine. However, when the overwhelming addictive nature of heroin was recognized by physicians and the government, the medicinal use of heroin was outlawed in the United States in 1932. 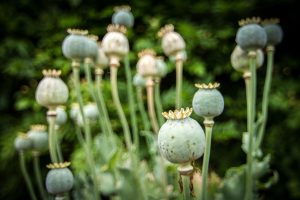 Heroin is made from the resin of poppy plants.  A liquid-like opium substance is extracted from the pod of the poppy flower.  The substance is then pressed into a rectangular shape and then processed.

The extracted opium can be refined to make morphine, then even further refined to produce different forms of heroin.

As a street drug, Heroin is often mixed with other illegal substances.  Because of its powdery white appearance, those who are illegally manufacturing it often cut it with substances similar in appearance.  These include sucrose, baking soda, rat poison, and starch, to name a few.  It’s for this reason that the likelihood of becoming ill due to poisoning is extremely high for those who take street drugs.

According to John Hopkins University, “Heroin can be anywhere between 3 and 99 percent pure, making the effects of any batch highly unpredictable.” 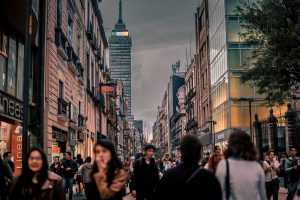 Heroin Use is no longer a topic specific to urban neighborhoods and cities.  In fact, it has long since made its way through suburban counties in the United States.  Moreover, those who weren’t at risk for substance abuse years ago are now in more danger than ever.  How so?

According to cdc.gov, Those Who are More at Risk of Heroin Addiction include:

One of the reasons many believe Heroin has made such a negative impact in society is its accessibility.  In 2019, the DEA Released a National Drug Threat Assessment.  In this document, the DEA states how readily available Heroin has been and continues to be within reach.  The report states:

Overdose Deaths on the Rise

Heroin’s illegal use has only increased in recent years claiming the lives of many.   According to information from CDC.gov:  “Heroin-related overdose deaths increased five-fold from 2010 to 2017”  Today, the overdose epidemic is reaching catastrophic proportions, especially with Fentanyl use on the rise.  As Fentanyl use skyrocketed in recent years, there seemed to be less growth in Heroin overdose-related deaths.

The DEA comments on this point in their report:  “Although heroin-involved overdose deaths may be stabilizing, heroin was still involved in more overdose deaths than any other illicit drug except Fentanyl in 2017. Drugabuse.gov provided this graph indicates the National Drug Overdose Deaths Involving Heroin:

As infamous as Heroin may be in society, many are still perplexed about the effects of Heroin or how precisely the drug works.  Some do not have a full grasp of how this substance affects the brain.  When an individual first use Heroin, the human body metabolizes it into Morphine.  When morphine enters the brain, it immediately binds to the opioid receptors in the brain.  Now, pain messages sent from the body through the spinal cord to the brain are now blocked due to opioid use.

The reported rush sensation that many often feel when first using Heroin often depends on how much of the drug is used initially.  Still, many feel the warmness of the skin and possible dry mouth.  This will be followed by feelings of drowsiness which may last for several hours.  Breathing is slowed, and Heart-rate is decreased – many times to a life-threatening extent.  Many times these effects can cause someone to fall into a coma and suffer brain damage. 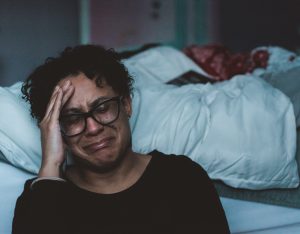 When someone starts to experience Heroin withdrawal, symptoms are typically reported between 6 and 12 hours after their last drug use.  The user will experience extreme flu-like symptoms – similar to what someone would experience with prescription opioid withdrawal.  These symptoms could last as long as a bad case of the flu (a week or possibly more).  Heroin withdrawal can be extremely challenging for anyone to go through, as this is one of the most physiologically addictive substances known.  Why exactly is Heroin so addictive?  Drugrehab.com explains this phenomenon in further detail:

Many of the other symptoms of Heroin withdrawal may include nausea and vomiting, agitation, insomnia, diarrhea, abdominal cramping, anxiety, muscle aches, and more.  These symptoms can last from a few days to a week. Some users will experience post-acute withdrawal, which may last for a few months.

If the user has abused Heroin for a lengthy period, this could drastically affect how long the individual will suffer withdrawal.  Addictioncenter.com provides in-depth detail as to what to expect during a Heroin Withdrawal Timeline.

After injecting Heroin, the effects work extremely fast, even within seconds.  As Heroin is one of the most physiologically addictive drugs available, the signs of addiction are easily identifiable.  According to Healthline.com: Physical symptoms of heroin use include:

Will Heroin Show Up on a Drug Test?

Many have wondered if heroin is specifically detected on a standard drug test, or if a Heroin Drug Test actually exist.  The truth is: You won’t find Heroin labeled specifically on a standardized urine drug test.  However, Heroin is an opioid.  Opiates are one of the many drugs detected on a urine drug test.  For example, the 13 Panel Drug Testing Kit from 12 Panel Now detects up to 13 drugs. One of the categories of drugs detected is Opiates/Morphine.

These urine Drug Tests are designed to detect Opiate use among other drugs.  Heroin, Opium, Codeine, and Morphine (which is Heroins first metabolite) will all likely provide positive test reads under the Opiate/Morphine category. 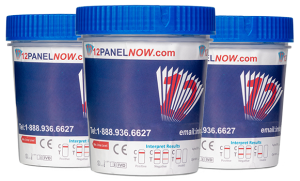 Legally Prescribed Opiates May Be Detected

It’s important to note that a positive Opiate/Morphine read doesn’t necessarily mean that the donor has used an illegal opiate.  In fact, most urine drug tests that detect opioids won’t identify which specific drug was used.  This means that this may require more action on the part of the administrator to determine if the subject is using any legally prescribed opioids or other drugs that may cause a positive read.  If the donor tests positive for opiate use, the administrator would want to ascertain whether they are on any prescription medication that may cause a positive read.

Here at 12 Panel Now, we are happy to provide information and spread awareness regarding these topics and more!  Every Tuesday, we publish a Blog with information on current events, as well as insights regarding our products!  We also provide the nation’s most affordable Drug Testing Supplies, including Drug Testing Cups and Strips both for personal, and medical use.  Our selection of Urine Drug Testing cups is one of the nations most affordable and reliable.  Urine Drug Tests only take minutes to perform and evaluate.

NewerTesting for Kratom – Everything You Need to Know
Back to list
OlderWhat Does it Mean to be CLIA WAIVED?